Summer 2019 brought some equilibrium to the cryptocurrency market. Bitcoin surpassed the $10,000 mark and saw a decrease in volatility. The news did not put any serious pressure on the BTC rate. Traders were anticipating the next ‘pump’, which was supposed to begin this autumn with the arrival of major companies and institutional investors in the crypto world.

The artificially suppressed BTC price, which had continued from the beginning of the year, also added to the optimism. Any candlestick on the market, threatening the collapse of cryptocurrency rates, immediately went out and did not allow bitcoin to sink lower than acceptable values. Growth of 270% (from $3800 to $14,000) from January 2019 signified investors’ trust and a repeat of Crypto Winter 2017. However, over the course of several years, the cryptocurrency market has taught us its central rule — if everyone is expecting growth, it’s time to get prepared for the worst. And so it went. On 24 September, the BTC rate collapsed by 14%, from $9460 to $8152, over a 90-minute period. Traditionally, the world’s leading cryptocurrency has dragged altcoins along behind it, and their collapse — of as much as 25% — turned out to be even more palpable. 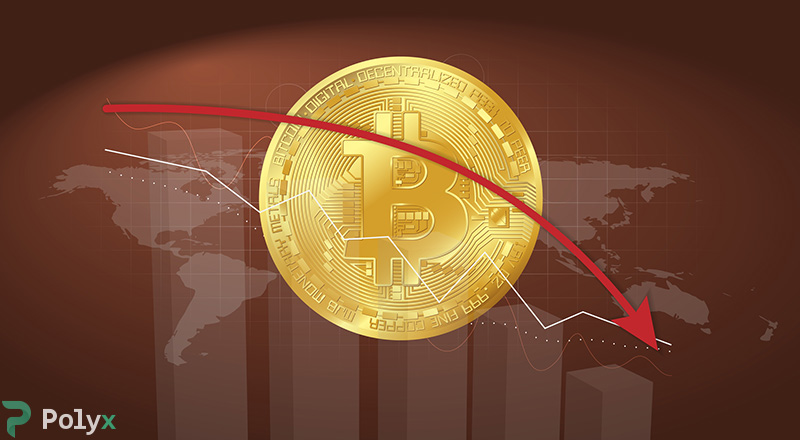 Reasons for the meltdown

Specialists at Byte Tree connected the Bitcoin collapse with an unusual operation on the crypto exchange. Some BTC owner transferred funds from his wallet to a trading platform and sold the coins — which were worth a total of $1.2 billion. This transaction became a turning point after two months of consolidation and dragged the market to rock bottom.

The U.S. Securities and Exchange Commission (SEC) postponed hearings on the bitcoin ETF launch just before they were set to begin. Wilshire Phoenix, an American consulting company, filed an application to launch an exchange-traded fund. Bearing in mind the weakness of the first cryptocurrency and the reduction of volatility, such news could put pressure on the BTC rate.

A long-awaited event in the cryptocurrency world took place on 23 September. Bakkt released Bitcoin futures contracts. But reality did not exceed analysts’ expectations. On the first day, trade volume did not exceed 2 BTC, while contracts on a monthly basis amounted to 71 BTC. Low demand for cryptocurrency dispelled assumptions that major institutional investors are ready to invest in digital currency today.

4. The impeachment of Trump

Some crypto experts have come to the consensus that the collapse in the BTC rate was a result of the stock market meltdown. Last week, democrats announced the beginning of impeachment proceedings against Donald Trump. This announcement caused tremors on exchanges, including the cryptocurrency one.

“Bitcoin’s recent price drop is a result of technical and fundamental factors. Against the backdrop of the failed Bakkt launch and the drop in the bitcoin hashrate, a consolidation breakout took place, which set the coin’s rate back by 14%,” explained the fund’s director.

For the well-known trader and bitcoin critic Peter Schiff, the collapse was no shock.

“Today, the world’s leading cryptocurrency is experiencing a global bear trend. The drop to $8000 is the first step on the path to the market’s continued meltdown. The next will be at the $4000 level,” the trader asserted confidently.

Earlier, Peter Schiff had called for reliance on gold, which was supposed to soon reach $5000 an ounce, while bitcoin would never get anywhere near $50,000.

After the meltdown, bitcoin has not received support at the $8500 level. This is sad news for the cryptocurrency market. In just a 24-hour period, trade volume crashed by 35%. Today, the first cryptocurrency has no basis that would suggest a turnaround. A technical analysis points to the market’s bear outlook and the breaking of several support levels all at once — $7500, $6500, and $5700. The likelihood of a setback to the January 2019 amounts ($3800) is too low.

It is possible that we are heading for a repeat of the central rule of the cryptocurrency market that we discussed at the beginning of this article, but in an inverted form — if everyone is waiting for a collapse, there will be a ‘pump’. It is likely that the meltdown of 24 September is the beginning of a major rally, while correction is the last attempt of major holders to scare the faint-hearted and stock up on cheap coins.