Since the beginning of the year, market capitalisation of Bitcoin has increased by 200%. Its long-awaited growth began with the major Consensus event, dedicated to cryptocurrencies and blockchain technology. The market boiled over with the achievement of a BTC rate of $10,000, but the base currency is currently far from the record $20,000.

EToro analyst Mati Greenspan claims that gold will rise in line with cryptocurrency. This demonstrates that investors are not trading in one asset for the other, and that trade tensions between the USA and China may not be a decisive factor. But that growth can be linked to the so-called ‘Consensus effect’: “In the past, we have repeatedly observed how Consensus, the world’s largest meeting of cryptocurrency experts, significantly affected the price.”

The president of the Lichtenstein company Novem Gold, which sells stablecoins backed by precious metals, believes that the heightened demand on stablecoins can be explained by the asset’s greater liquidity, the guaranteed value of gold and the easy transfer of virtual coins in contrast to real metal. Moreover, the costs involved in selling small fractions of gold can be higher than the returns, so it is more expedient to invest in cryptocoins. 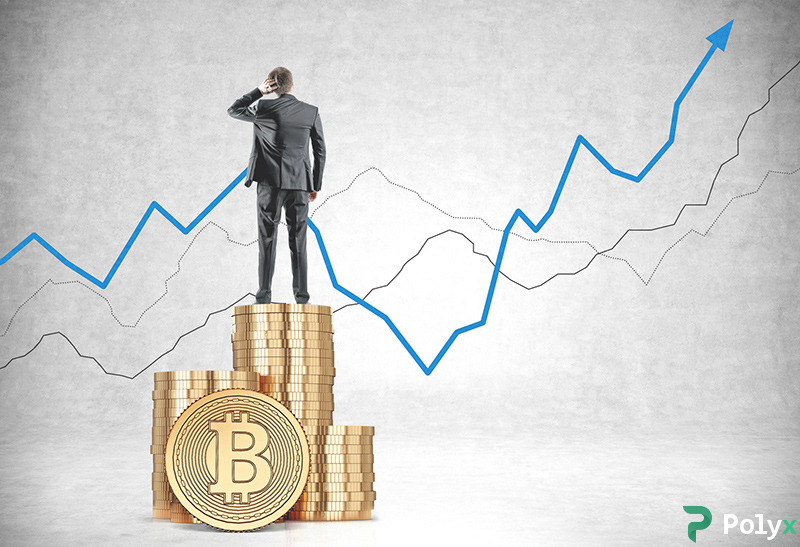 Blockchains once again in fashion

It is also worth noting that thousands of visitors to tech expos are following the latest news from IBM and Microsoft, who are continuing to experiment with blockchains. One example is the HTC Exodus 1, a blockchain smartphone which protects user data even from the Android Oreo operating system on which it operates.

Some companies are similarly trying to transform the real estate sector. For example, Kahuna, using technology based on the architecture of the Ethereum platform, is creating an application on which landlords can put up properties for rent or check the profile and credit history of potential tenants. Additionally, rent payments can be made via the application’s own system of tokens, allowing payments to be made without third parties or unnecessary expenses.

The G20 summit, held from 28–29 June in Osaka, has become another stimulus for cryptocurrencies as a whole. Over the course of the summit, the parliaments of various countries briefly discussed Bitcoin and blockchain as well as the local and global legal regulation of cryptocurrencies. Japan, who hosted to the summit, has been regulating this domain for some time itself and therefore may be considered an experienced pioneer.

The bitcoin and altcoin exchange rate was positively impacted by the fact that they were not considered too closely by the Group of Twenty and that no proposals to tighten controls on cryptocurrencies were made. Participants decided to rely on the norms which the Financial Action Task Force on Money Laundering (FATF) is continuing to devise.

The Consensus conference and G20 summit signalled a rebirth of cryptocurrencies after more than a year of ‘Crypto Winter’. Seeing opportunities, traders became newly optimistic and began to drive the bitcoin price even higher. In reality, more factors affect the exchange rate beyond those listed here. And many more indicators for fundamental forecasting are emerging.