The commemorative 18 millionth bitcoin was mined on 18 October 2019. The event was widely celebrated by the crypto community, as it is well known that the issuance of the key cryptocurrency is limited to 21 million coins, and there are another 2 years to wait for the next ‘anniversary.’ The final BTC will be mined in 2140 — this is the issuance policy that is spelt out in the network’s protocol.

Are all 18 million BTC really present in today’s crypto space? The answer is no. Some of them are irretrievably lost — such coins are called zombie bitcoins. An analysis of the activity of bitcoin addresses can help us find out how many coins are currently on the market. Obviously, coins that have not been moving for several years are lost forever. 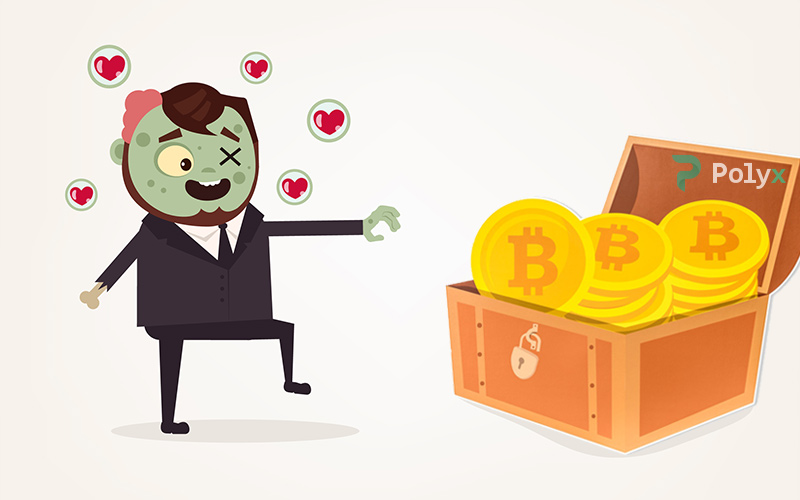 Putting it conditionally, it is worth considering bitcoins that have not been moving since 17 March 2010 — it was exactly at that point that BTC first appeared on the exchange, and BitcoinMarket listed it. The reason that coins can become half-dead is a simple one: unable to sell bitcoins on an unformed market, community members did not keep back-up wallets, as they saw no particular need to do so. The price of the single cryptocurrency was, at that time, paltry, and its value as an asset was doubtful.

In October, when the crypto community celebrated the extraction of the 18 millionth coin, there were 1.5 million BTC in the network that had not moved since March 2010. Researchers believe that almost 900 thousand of them belong to Satoshi Nakamoto. His bitcoins have already been a dead weight for nine years (he only mined them in the first year). We can conclude that the owners of approximately 600 thousand BTC are the most fanatical HODLers. Although it is more likely that many of them simply lost access to their private keys and seed phrases. Over all this time, only 150 half-dead bitcoins have moved to other addresses.

There is one more category of coins that are unlikely to ever return to circulation — bitcoins stolen from various trading platforms in the early years of the heyday of cryptocurrencies. At that time, mixers capable of confusing traces of coin movement through transaction mixing were not yet common. It is likely that criminals who are aware of the lack of anonymity in the Bitcoin network did not touch their loot for a long time — and, ultimately, even forgot about their dishonestly acquired wealth.

Thus, after 120 years, not all 21 million BTC will be available, but, rather, a maximum of 19.5 million. Most likely, over this time, the number of zombie bitcoins will increase, because long-term holders will continue to lose access to their coins.