It is widely held in the crypto community that the cryptocurrency market is so small and illiquid that transactions of several million dollars in the Bitcoin network can significantly affect the players’ sentiment and asset volatility.

How do Bitcoin whales operate? At the end of October, for example, one major player (a person or company) moved 10,000 BTC from one wallet to another. This is how a ‘whale,’ who can easily transfer 100 million dollars in cryptocurrencies, operates. Traders and analysts note such movements and draw certain conclusions. There are tools on the market to track transactions in the Bitcoin network. One of them is the Whale Alert service, created in 2018. It monitors the movements of coins in 11 blockchains. 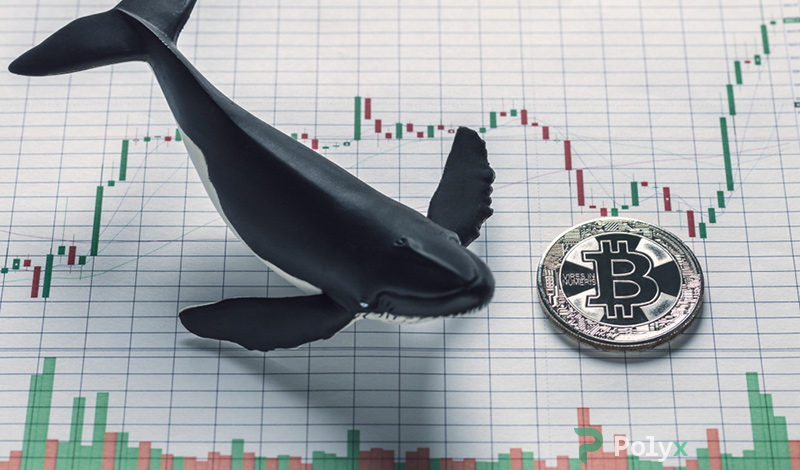 The story of one BTC price movement

On 22 October, the bitcoin price plummeted rapidly, but, afterwards, it rushed up just as sharply — the coin grew in price by $2000. All this time, the Whale Alert service has recorded large movements in the cryptocurrency, including the transaction for 10,000 BTC mentioned above. Many analysts suggested that it was the actions of large players that caused such intense movements in the market.

The influence of whales on the BTC price has been studied little. Whale Alert terms a whale anyone who can affect the change in the price of crypto assets. Individual investors or companies that manage large investments (for example, Xapo) can both be considered whales. Of course, crypto exchanges can also take part in operations, moving large sums to wallets.

Whale Alert notes that precisely the trading platforms are the most wealthy bitcoin holders, and their wallets are the most impressive. At what sum is a transaction considered significant? Experts say that it all depends on the bitcoin price. When the first cryptocurrency’s price was $3000, a sum of $5 million was considered critical. Today, a transaction worth $50 million is critical.

In many blockchains, transaction information is open, and traders can access information about cryptocurrency movement. But it is not enough just to receive this information — it must be correctly interpreted and used. The digital asset market is still very young, and, so far, the existence of bitcoin whales presents no danger. Analysts write that Bitcoin was created by the efforts of a small group of specialists, which means that several people possess a huge amount of digital coins.

As the market grows, the number of bitcoin whales will decrease. Over time, players will be forced to sell their BTC, and they will spread out evenly among other market participants. The market will form in this way.

However, right now, the influence of the early participants of the crypto community is considerable. For example, one wallet, which has not been active since 2011, contains 80,000 BTC. If its whale owner decides to sell the coins, the market could collapse. But perhaps the keys to the address have been lost, or the account holder has already passed away? Experts say they will continue to monitor a number of major addresses.