The idea of the Bitcoin cryptocurrency was introduced in 2008 by a person (or a team) under the pseudonym of Satoshi Nakamoto. It was published in the article “Bitcoin: A Peer-to-Peer Electronic Cash System”, which described an effective solution to the problem of distributed trust.

Blockchain technology, which is the basis of Bitcoin, is a kind of a public account book, where all the data on value transfer is recorded and where you can learn its current and past location. This database works simultaneously with the Bitcoin network and forms a decentralized payment system with it. And the Bitcoin cryptocurrency itself is not only a means of storing values, but also a unit of account. 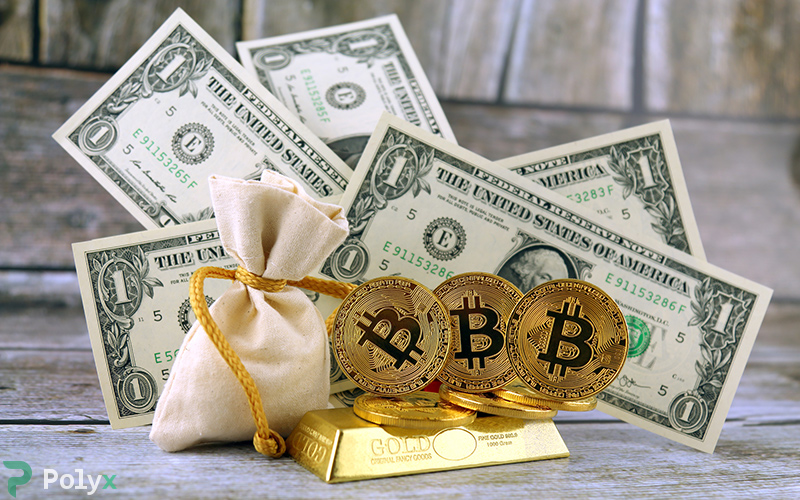 The predecessor of Bitcoin

Of course, Bitcoin did not come out of nowhere — programmers worked hard to create it. The appearance of Bitcoin was the result of the combination of many ideas and experiments. The idea itself for digital money originated in the last century: in 1998, scientist Nick Szabo developed a digital currency algorithm and called it ‘bit gold’. He had long studied the nature of money and what it was like in the past, even before market transactions. To do this, he studied the theory of the origins of money, proposed by Carl Menger.

According to this theory, the very concept of money appeared after coins had already begun to be used. Szabo agreed with this point of view and claimed that the predecessors of money were collectibles, such as shells, unique stones and so on. In his opinion, in payment processes, people always faced the problem of having no suitable universal tool. And this concerns not only commodity markets, but also other forms of exchange, as well as payments, for example, tributes or taxes.

All these issues were analysed in details by Szabo in his work “Shelling out”, in which he described money as evolutionary artefacts. He called shells, which had been used previously as money, ‘collectibles’. And they had two main functions:

In his work, Szabo answered one of the most important questions that all economists and financial market analysts had asked earlier. Being clueless about how money had appeared in principle, they had been puzzled about how, for centuries, people spent a great deal of resources to make large quantities of some objects, the main essence of which was to be a symbol of value.

In Nick Szabo’s work it is stated that resistance to forgery is a very useful quality, and that all efforts spent on the preparation of valuable objects will certainly be repaid. The same principle applies to gold, as well as to other precious metals. After all, before a bar of gold can end up in someone’s possession, it must be mined, and this requires considerable physical efforts.

The same, of course, applies to Bitcoin and altcoins based on the PoW algorithm, irrespective of their popularity in the world and their cost. The thing is that such a cryptocurrency must be mined, otherwise it simply will not come into existence. And it is necessary to spend electrical power on mining — without it, computer nodes will not be able to perform computational operations, just as a gold miner will not be able to dig precious metal from the depths of the earth without his own force and without the energy of special machines.

Limited emissions and mining complexity are considered the main advantage of Bitcoin. This fact even allows to it to be equated to traditional assets. In these conditions, the cryptocurrency is subject to a mathematical deficit, while the deficit of precious metals is limited only by the technical capabilities of people. This factor inspires hope among financial market participants, who are beginning to see the purchase of bitcoins as a hedging technique. Some economists believe that it has a negative correlation with traditional markets, and that is what makes Bitcoin a valuable tool for saving funds.