Bitcoin and cryptocurrencies raise many questions and related misbeliefs. The latter prevents them from mass adoption because people are afraid of using something unknown. Bitcoin is yet to be fully trusted, although it has been around for 13 years. Let’s find out what misbeliefs are spread amongst those who haven’t joined the world of cryptocurrencies yet. Also, we’ll try to dispel them.

Bitcoin is a financial bubble

Those willing to buy bitcoin are not in a hurry because they often hear about a bubble that will burst soon. Reputable investors such as Warren Buffett and stockbrokers such as Peter Schiff harp on about it. Such experts scare people both when BTC sharply goes up in price (the bubble will burst soon) and when it becomes significantly cheaper (the bubble is bursting already).

The misbelief is connected to meteoric ups and downs of the price. The price drop is always accompanied by ‘funerals’ in mass media that once again declare the bubble to be finally burst. From 2010 to 2020, BTC was publicly ‘buried’ 393 times. During this period, the year of 2017 stood out with its 124 ‘funerals.’ However, it is still alive, as you can see!

Just remember the dot-com bubble from the 90s when shares of internet companies grew by leaps and bounds, and in 2000 they collapsed. At the same time, many old websites survived and were upgraded. The closed websites were replaced with hundreds of thousands of new ones. People and companies didn’t stop surfing the Web and hosting there. The Web itself evolved to Web 2.0, and Web3’s age is coming soon.

If we draw an analogy with dot-coms, in 2018, only the ICO (initial coin offerings) bubble burst. In fact, this crowdfunding method moved from crypto project websites to exchanges and evolved into IEO (initial exchange offerings). Although, many projects that were created just for the sake of raising money without a plan for carrying out ideas were really closed during 2018.

What did not burst then were the blockchain technology itself, as well as peer-to-peer payment systems such as Bitcoin, and blockchain platforms such as Ethereum. It’s just that cryptocurrency prices significantly dropped in the market. But then everything went back to normal and even improved. Being called the main bubble during the 2017 crypto boom, BTC not only survived the 2018 crypto winter but also more than tripled in price: it went from 19,497 USD (as of 16 December 2017) to 63,503 USD (as of today, 13 April 2021). 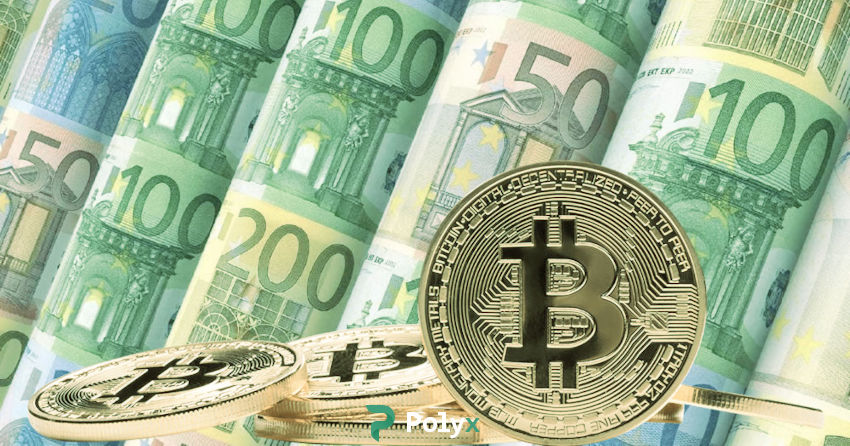 Bitcoin has no real value

Anything digital can be valuable, although the benefits are not always practical or obvious. Critics often say that BTC is worth as much as people are willing to invest in it, or how many miners support consensus with their computing power. Conservatives like the above-mentioned Peter Schiff compare BTC with gold and claim that the cryptocurrency loses to the precious metal that is still used in the manufacturing, medical, and jewellery industries. That is, gold brings practical benefits, which means that it has real value in addition to investment.

However, opponents forget (if they have even read the Bitcoin white paper) that Satoshi Nakamoto did not create an investment coin, but a peer-to-peer electronic cash system — that’s what he called it. It is a more secure, pseudonymous, decentralized analogue of electronic payment systems like PayPal and Worldpay. Initially, the first cryptocurrency was created for the sake of cheap and fast transactions without borders and banks. It was only later that entrepreneurially-inclined people began to mine and hold it in large numbers for the sake of enrichment by calling it ‘digital gold.’

The value of bitcoin is growing gradually

In fact, BTC has almost as much value as fiat currencies. It’s just not yet appreciated on a large scale. But it’s already far beyond the narrow circles of enthusiasts. This is regularly proven by transactions made when buying or selling real estate and transport for BTC; by catering establishments and shops that accept BTC for payment; by celebrities who receive salaries and fees in BTC.

In addition, most cryptocurrencies have a limited issue of coins that protects them from depreciation. Thus, the deflationary model of BTC assumes exponential growth of its value over decades. So in the long run, the cryptocurrency will beat fiat currencies that for now look more valuable due to convertibility and government support. 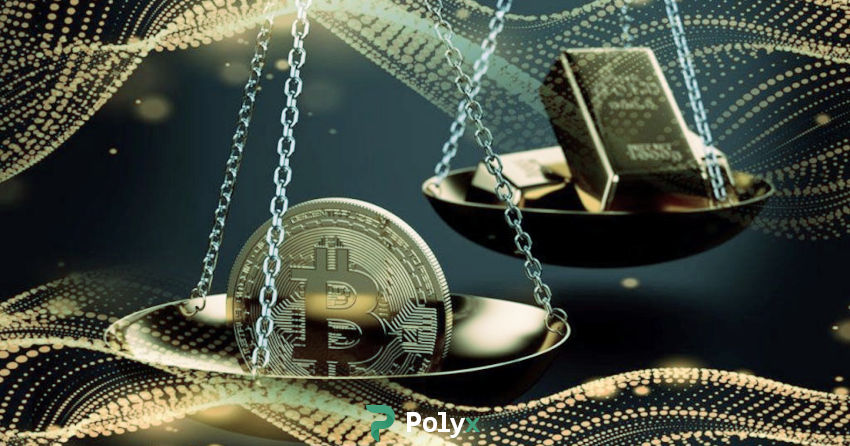 Bitcoin is not suitable for saving

Financial experts warn that it is too early to consider BTC to be a means of saving due to its high volatility. In their opinion, it is suitable only for trading speculation but not for staying away from turbulence in financial markets. At the same time, experts still admit that in the future, if BTC spreads everywhere, trust in it will grow and the price will stabilise. In the meantime, it is better to keep savings in traditional assets — gold and real estate.

However, such advice was relevant before the Covid crisis. After the pandemic, central banks started conducting monetary policy using the method of quantitative easing, i.e. by direct injection of money. They wanted to restore national economies, but the increase in emissions devalued national currencies. In 2021, this led to increased inflation and a record price surge for almost everything. For example, real estate has gone up a lot; but gold hasn’t shown the expected price increase, which usually occurs in times of crisis. However, not everyone can ‘save’ with real estate because it is initially expensive and is sold only entirely, not in fractions.

And yet bitcoin is more promising than gold

Currently, instead of traditional means of saving, it’s time for an alternative. Even the largest banks are already considering BTC for this purpose, despite its volatility and risks. Thus, in October 2020, analysts at the American JPMorgan Chase conglomerate reported in their note to investors:

In November 2020, JPMorgan Chase noticed a trend that private investors, asset managers, and large funds choose to invest in BTC instead of gold. And in February 2021, analysts of this financial giant presented an 86-page report with an analysis of prospects. There, they confidently wrote that at the global financial level, BTC began to compete with both gold and reserve currencies (USD, EUR, GBP, JPY).