The U.S. Securities and Exchange Commission (SEC) first brought charges against the Telegram Open Network (TON) crypto project back in October of last year. In 2020, the story continued, and the first action taken was the January court proceedings. 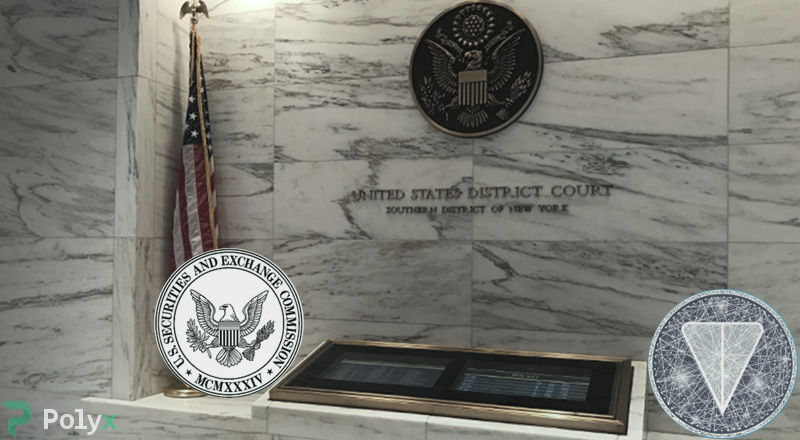 The SEC turned to the United States District Court for the Southern District of New York at the beginning of January, seeking to use legal means to receive financial records about the TON project’s use of $1.7 billion. Before that, Telegram executives had refused to volunteer any information related to investment attraction during 2018 token sales.

The court dismissed the motion, but it left the regulator the chance to obtain a part of the requested information. Telegram representatives were thus required to put together a schedule for a review of its bank records. This would help to ascertain that the bank records were kept in correspondence with data confidentiality laws.

A week later, that same judge changed his decision and ordered that all of the TON project’s bank documentation be presented by 26 February 2020. The company has the right to hide some personal data in order to protect the confidentiality of investors. However, lawyers must argue for each case of this type.

In the middle of January, the SEC sent evidence to the court of Gram sales after the ICO. According to this evidence, one investment firm, Da Vinci Capital, sold its client 2 million dollars worth of tokens; another company, Gem Limited, sold two of its clients tokens worth 7.8 million euros and 4.5 million dollars. These cases took place on 20 June and 2 July 2018. Da Vinci Capital and Gem Limited requested from Telegram 209 thousand and 1.1 million dollars, respectively, as a commission for their services.

The regulator presents this recently surfaced information as evidence of the fact that Telegram carried out token sales without an exclusive dealing arrangement, although it stated the opposite when receiving exemption from registration in correspondence with Regulation D. That is, the company attracted additional investments through intermediaries after its ICO.

The SEC also presented fresh evidence of the ambiguous classification of the Gram cryptocurrency. Having examined correspondence between Telegram employees and investors, representatives from the regulatory body identified a discrepancy in the terminology used by the company. Investment consultant John Hyman wrote about ‘token sales’ when he communicated with American investors. Telegram executives claim that precisely this definition allows tokens not to be identified with securities, because it does not imply ‘sale of a share in the right to obtain Gram.’ However, at the same time, manager Shyam Parekh referred to Gram as a security in his correspondence. The SEC is now relying on this argument, considering the discrepancy in terminology to be the key piece of evidence in the case against TON.

Telegram is building its defence based on its stance that Gram is a commodity, not a security. Its lawyers compare tokens with gold, comics, and doughnuts.

In refutation, the SEC issued a memorandum in late January stating that the TON project’s cryptocurrency is a program code that indicates ownership of the asset, and the token thus does not have any intrinsic value, unlike a commodity, even a digital one. Even if the court recognises Gram as a commodity, this will not relieve the company from responsibility for the transfer of tokens — after all, their essence remains the same as already determined by the regulatory body.

The SEC believes that investors themselves see the crypto project’s tokens as securities. Investors have obtained them in hopes of making a profit after the project’s release. But their hopes have certainly not come to fruition yet: the project’s release has been pushed back once again. The first delay was from October to February, and now it has been delayed again to April.