From the beginning of March, the world economy has been put to the test: the worldwide spread of coronavirus, production and logistics problems, price increases on consumer goods, a crash in stock and commodity markets. The turbulence has now reached the cryptocurrency market as well.

Experts have often portrayed bitcoin as a ‘safe haven’ — an uncorrelated asset whose price does not depend on other financial instruments. Ordinary investors also believed that the main cryptocurrency could help them ride out turbulence on traditional markets. Meanwhile, institutional investors did not look to bitcoin as a salvation from crisis. And, indeed, the dynamics of all markets have shown that it is still too early to consider bitcoin a safe haven. 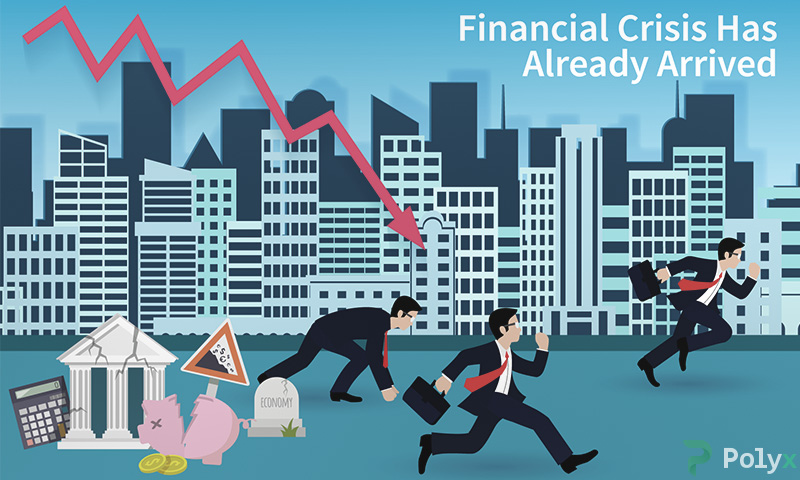 How it all began

The problems began with coronavirus, which first affected Chinese goods production and has now expanded far beyond the country. It has led to delays in the delivery of goods, the reduction of stock and futures quotes, and panic on the stock and commodity exchanges. Google Finance and Yahoo Finance can provide you with the details of the macroeconomic situation, so let’s focus in on the crypto market.

On 6–8 March, major bitcoin investors started to sell their crypto assets: apparently, they yielded to the general panic. Researchers of bitcoin movement shared their observations on social networks; other crypto market participants took note of the downtrend and began to worry as well. Until that moment, they had not paid particular attention to the global crisis — they were safe in their comfortable digital world.

Meanwhile, in the real world, coronavirus caused events planned by the crypto community in March and April to be cancelled: 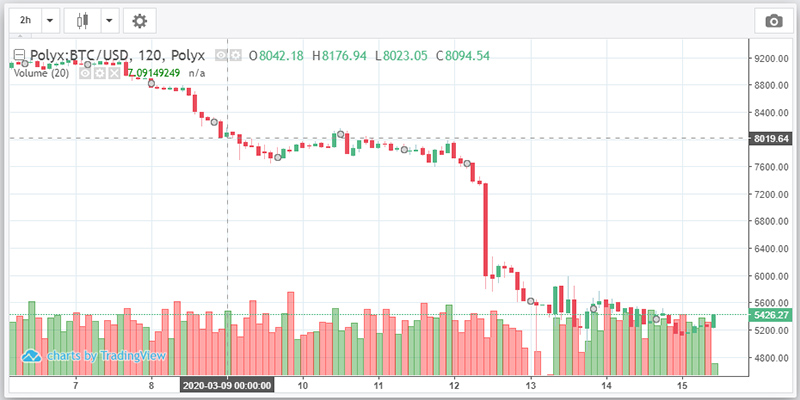 This week, cryptocurrency whales once again demonstrated that they are able to provoke a price collapse with just a few transactions. Fundamental factors and the news backdrop also exerted influence on the crypto market. Altcoins demonstrated their strong dependence on bitcoin, which, in turn, depends on the world economy. To verify the correlation of the crypto market and other markets during the crisis, we will provide the price dynamics for gold and oil, as well as two stock indices that are popular in the UK and US.

The WhaleTraders bot identified some deals that exerted negative influence on bidders’ moods. The largest bitcoin sale amounted to $22 million, and immediately afterwards followed another sale for $13 million.

The WhaleTraders bot identified three deals at a sum of $10 million each. Against the backdrop of upheaval on the market, Tether created 60 million USDT tokens using the Ethereum blockchain; however, it has not yet released them, but prepared them in its treasury for future distribution.

The World Health Organization declared COVID-19 a pandemic. Many exchanges and companies, including cryptocurrency ones, began to cut back their operations and switch employees to working from home. Paradigm Labs announced the closing of their entire DeFi project, including the staking pool, due to a lack of financing for development.

Donald Trump announced the ban on travel to the US from Europe. The Chicago Mercantile Exchange decided to close its trading floor as of the next day; trading will take place only via CME Globex. Against the backdrop of the market collapse, on two of the largest DeFi services, MakerDAO and Compound, debt positions were liquidated in large numbers.

The first day of the NYSE crash that began on 24 October 1929 is known as ‘Black Thursday.’ This stock market collapse is still known as the Wall Street Crash. It grew to catastrophic proportions in the US and marked the beginning of the Great Depression.

Donald Trump declared a state of emergency in the USA due to the COVID-19 pandemic. The New York State Department of Financial Services recommended that the crypto companies it regulates present an emergency action plan within the next 30 days. Organisers of the Consensus conference and Blockchain Week NYC decided to hold their events virtually.

This latest crisis must come to an end, but when, nobody knows. In any case, not in March. Financial authorities in the US, Canada, China, Australia, and European countries are attempting to contain the situation, injecting billions of dollars into their markets and reducing repo rates. If stock, oil, and gold prices normalise at least in April, an optimistic view of May’s halving will be possible. The halving may contribute to the recovery of the bitcoin price, bringing it back to the levels of the beginning of the year. If not, we’ll all simply have to sit out another six months or a year in standby mode. The crypto community, having survived the cryptocurrency crisis of 2018 — like all of humanity, having survived the crisis of 2008 — should already be used to that.