In the crypto community, comparing Bitcoin with gold is quite usual. For people new to cryptocurrencies, it’s unclear what the virtual currency and physical metal could have in common. Gold is a precious metal that will always be valued; little can greatly affect it. The price of ‘digital gold’, as well as any other cryptocoin, depends on a large number of variables:

The list can go on, but these points are already enough to understand the difference between a real precious metal and a virtual record somewhere on the internet. 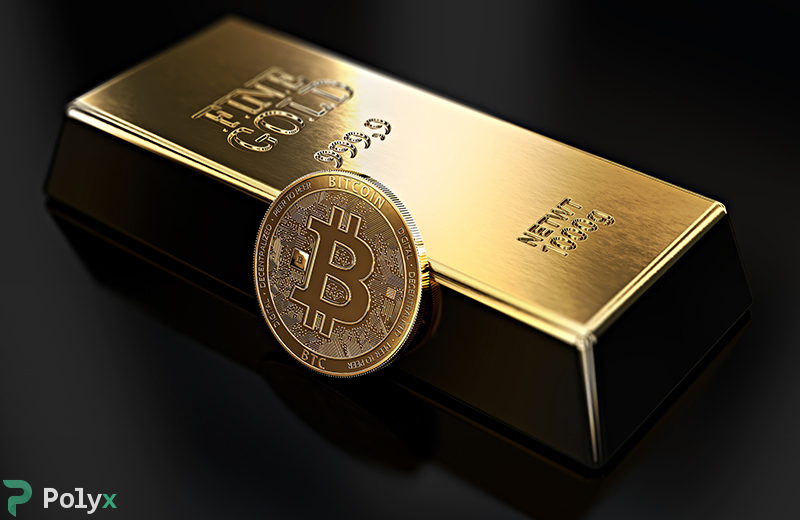 The history behind comparing gold and Bitcoin

If you delve into history, then the initial measure of price was the bronze money standard that was replaced by silver, and only afterwards by gold. This approach only partially solved the problem, since the loss of such precious property forever deprived the owner of his/her funds. With the advent of paper money, which was tied to its equivalent in gold and clearly ranked at face value, the problem was practically resolved. People handle large bills more carefully and store them appropriately, and small changeable papers are not such a loss — that’s why they are small.

After the abolition of the gold standard in 1971, gold was completely withdrawn from the market, turning into an investment instrument. Since that time its price has become 37 times greater, if you take into account the period from August 1971 to August 2019.

Bitcoin has a much simpler history, but it has more similarities with gold than anything else:

Reasons for comparing these main assets

Perhaps it all started with a random phrase or was purposefully launched in the media for some global goal. For example, to force gold to be sold in favour of Bitcoin, or amid a collapse of the market to quickly buy up everything. With the advent of the gold standard, no one began to get rid of silver in a big way. It has occupied its niche, becoming cheaper, and is doing great to this day.

Gold doesn’t care how many competitors it will have and how far they will go. To squeeze it from the top, the population of the entire planet must come to the same conclusion that gold is no longer the main precious metal. Only then will the demand for it fall, the markets will collapse and something else will come to replace it — for example, silver, platinum or Bitcoin.

It is not yet possible to compare virtual coins, which have many dependencies in the current economy, with physical material. The strength of gold lies in its insurance and hedging capabilities: stocks and bonds are good, but what about when it all collapses?

Then who needs it?

Comparing two niches that are independent of each other may be interesting, but it is pointless. Like bitterness and sourness, these are fundamentally different tastes that offer up different results. If this topic does not subside, it means that someone needs it and the next spike in the price of bitcoin will only strengthen people’s desire to believe in replacing real gold with a digital asset. There can be no winner here and they will coexist in parallel: the physical equivalent of the value of everything at present and the digital yardstick of cryptocurrencies.

Over time, Bitcoin will be integrated into the financial sector and there will only be more talk on this topic, but how will this tool help insure your money in the event of the collapse of all this virtual anarchy? Gold can — it is at least not tied to a power outlet and has a thousand-year history with multiple examples.