It may seem strange, but Bitcoin’s ability to create absolute trust between unrelated groups of people has proven groundbreaking. People are just beginning to understand the impact of this technology and trust each other.

How does Bitcoin manage communications?

Satoshi Nakamoto combines 4 different technologies: cryptography, Proof-of-Work consensus (PoW), blocks with timestamp (blockchain), and peer-to-peer networking (P2P). Bitcoin cannot work if all of these elements do not work together.

Without cryptography, BTC coins would not be safe. Without a PoW algorithm, someone could intervene in the transaction ledger, breaking down group consensus. Without a blockchain, one and the same coin could be spent several times. And without a P2P network, Bitcoin would be controlled by one entity that would have to be trusted by all means.

Thus, it is clear that without any of these technologies, Bitcoin ceases to be itself: open, neutral, unlimited, public, resistant to censorship. It means that the system having emerged from the four technologies is larger than the sum of its parts. It’s worth focusing on the system, not the details. 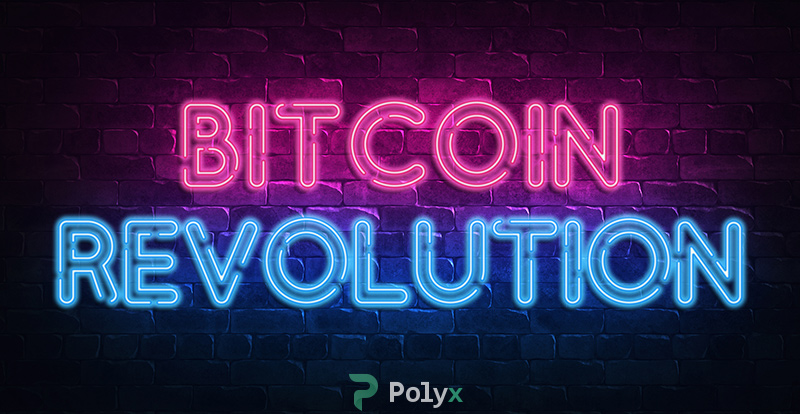 Why is blockchain so popular?

Why is blockchain more popular of all these technologies? After all, it’s just ‘Google Sheets’ with timestamps. It does not seem to be a completely innovative and paradigm-shifting technology.

One can argue that two centuries ago the industrial revolution arose after the invention of the railway. Steam engines did not cause the great transformations in the 19th century.

Undoubtedly, steam engine was a critical technology that began to be applied in trains, and the industrial revolution would not have advanced far without steam engines on coal. But if in the midst of the Railroad Mania in the 1840s people were negatively perceived by the steam engine, many of the advantages of the technology could be overlooked.

Applying new technology to everything is a model that can be constantly observed throughout history. It happened with a steam engine. The invention was experimentally applied to all modes of transport and actually found its place on the boards of the ships and road vehicles. But only when steam engines were put on the rails and began to be used for transporting goods over long distances, the technology became truly revolutionary.

That’s why now saying ‘blockchain, not Bitcoin’ is like saying ‘steam engines, not railways’ in the 1800s. We can say that blockchain technology and steam engines have similarities in importance and influence, but it is Bitcoin that is the railway of the XXI century. Steam engines did not lead to the industrial revolution, as railways did. And blockchain will not lead to the upcoming revolution in finance. Bitcoin will do it.

Critics and sceptics claiming outdated technology of the first cryptocurrency lack arguments. There is a characteristic of money that cannot be instantly changed with the help of technology — this is an element of trust. After all, money is simply the physical (or digital) embodiment of trust.

The power of Bitcoin is in trust

Bitcoin has only existed for 10 years, but every 10 minutes another block is mined and more trust is added to the system. And governments are undermining confidence in their currencies by allowing inflation. Even the most reliable money in history (gold, for example) can be confiscated or tampered with, which will reduce confidence in them.

And the developers of many altcoins are able to act in their own interests (if they have not already done so) by changing the rules of the token at any time. Only Bitcoin can be considered the best invention of the XXI century, because it is:

That is why people trust Bitcoin. Citizens of Argentina, Turkey, and Venezuela turned to the US dollar when their national currencies began to depreciate. And so it will be with every crypto project in which there is a centralized management body and there are few or no resources used to protect the network. Only promises and goodwill are not enough to create a reliable cryptocurrency.