On 6 August, the rate of the first cryptocurrency has once again been tested at the level of 12,000 USD, hardly the first instance over this prosperous summer. Having fallen back to 11,700 USD at the end of the day, it reached the round figure once more the next day. What caused such growth in the period from 5-10 August?

The answer is probably hidden in the national currency of China: on these days, the yuan fell to a new 11-year minimum at $0.1415. The White House administration even stated that Beijing was manipulating the rate of its currency. Donald Trump said that China had intentionally reduced the rate of the yuan, and that it would negatively affect the economy of China in the future. 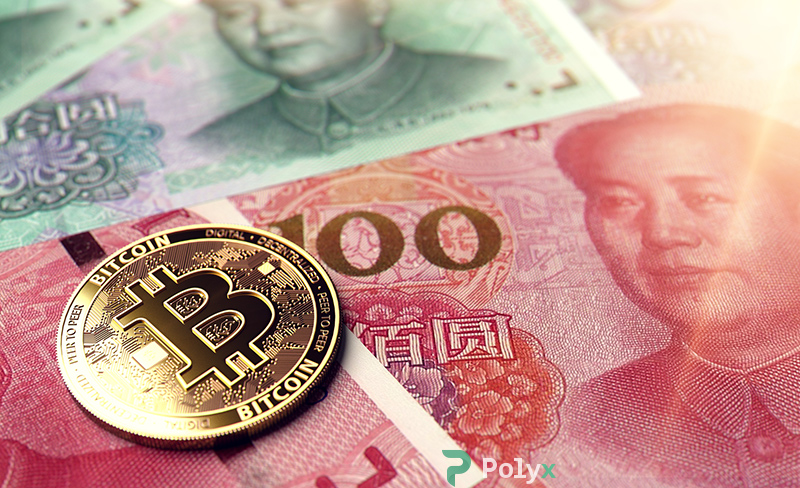 The impact of the trade war on cryptocurrency

It is believed that the yuan has decreased in value owing to the continued trade war between the United States and China. On 1 August, the U.S. president announced his intention to introduce an additional 10% tariff on goods from China, which should have been implemented on 1 September. In response, the People’s Bank of China weakened the rate of the yuan to US dollar, reducing it to approximately 7 CNY per dollar.

Two weeks later, the United States Trade Representative announced the decision to postpone the introduction of tariffs on certain categories of goods, mainly electronics, until 15 December. In any case, losses will be inevitable for large Chinese manufacturers and exporters, even if only later on. Moreover, it has had no positive effect on the national currency.

Bitcoin growth amid the yuan fall

This new wave of trade disputes has turned out to be favourable for Bitcoin, which is now often used as a safe-haven asset during crises along with gold. At least many experts, who drew attention to the sharp leap of its rate amid the yuan crash, think this way.

However, the famous analyst Alex Krüger does not exclude that Bitcoin has been moving ahead of the decisions made by the U.S. president and the central bank of China. Other economists explain this cryptocurrency growth by the fact that the US corporate stock futures trading became weaker.

While attempts to secure the BTC rate at 12,000$ inspired optimism, almost everyone agreed that: Chinese investors had begun to buy bitcoins as a safe investable asset, which gave the price another push. Only one ‘Doubting Thomas’ did not think so.

Peter Schiff: the Chinese will not buy bitcoins in bulk

Peter Schiff, a bitcoin-sceptic and pro-investor in traditional assets, disagrees with the opinion of a number of experts that the growth of bitcoin was caused by the crash of the yuan.

He wrote on his Twitter that Chinese investors would not hurry to exchange yuan for bitcoins, since they did not see them as a sufficiently safe asset. So far, it is only speculators who are purchasing the cryptocurrency in anticipation of market players from China, who will stock up on cryptocoins and trigger a price increase.

Schiff also noted the positive media rhetoric regarding Bitcoin. According to him, the television channel CNBC is pushing for people to buy bitcoins while they’re hot. Thus, the channel undeservedly devotes a lot of time to a digital asset, while the gold market is more widespread and stable.

In an interview, Schiff, as a critic of cryptocurrency, said that he had missed the opportunity to buy BTC for $10 a few years ago. Now, he considers it a big mistake. Afterwards, members of crypto community began to send him small BTC donations, so that he could take a closer look at the crypto industry.