In mid-March 2020, BTC’s price took a steep fall — even below the psychological threshold of 5000 USD. The situation distressed the crypto community and forced analysts to recast their predictions. The day of the market crash, 12 March, was even deemed the new ‘Black Thursday.’ However, it turned out that stock indices were hit harder. Per CNBC business channel, in just the first quarter of the year, bitcoin’s price fell by 10%, the S&P 500 index by 20%, and the Dow Jones by 23%. 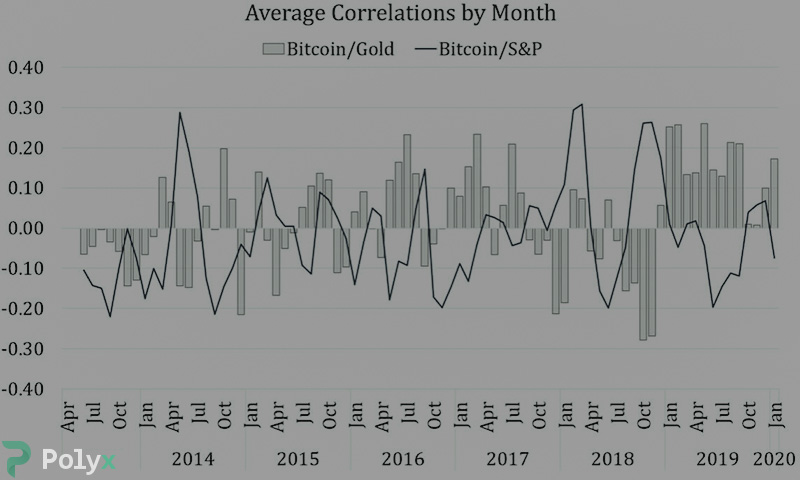 Bitcoin has been deemed ‘digital gold,’ and is often compared to as a precious metal. Analysts at Arcane Research have been monitoring assets for a long time, and periodically post their findings. According to them, a connection between gold and bitcoin prices was identified in 2019 — a connection that was practically uninterrupted on its way to reaching synchronicity in January 2020. They suggest that the connection will continue to be steady going forward.

Bloomberg also noticed the correlation, pointing out the mutual price spike during the escalation of the US-China trade war in June 2019. Per Mike McGlone of the Bloomberg Intelligence division, bitcoin began to confirm the status of ‘digital gold’ last year.

On-chain analyst and researcher, Willy Woo, went even further. He has studied the dynamics of bitcoin, gold, and popular stocks over the past five years, and noted that the first cryptocurrency showed the largest growth. He also concluded that BTC recovers from shocks faster than other assets. 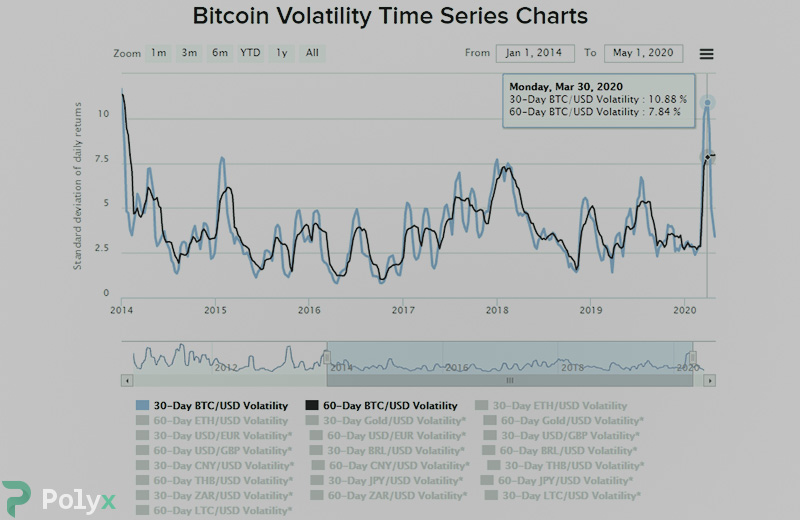 The gold comparison is further supported by a limited issue of bitcoin, an ever-increasing price, its divisibility into fractions, and even the coin mining process itself. But these assets differ in volatility. The main cryptocurrency is more volatile — in fact, the 30-day volatility index exceeded 10% in March 2020. Per analysts from Blockforce Capital, such a high figure has not been seen since 2014.

The reason was twofold: the collapse in prices and the annual minimum renewal prompted by the whale’s aggressive sales of a large number of BTC amid the crisis. Interestingly, the total number of holders has not decreased — contrary to the assumption that small investors would also begin cashing out cryptocurrencies en masse. Proving this is a record of number of bitcoin addresses with non-zero balances, at a staggering 18.7 million.

Opinions on the reliability and stability of bitcoin

Despite factors like the gold correlation and slight price dip (compared to other assets), it’s too early to call bitcoin a reliable investment instrument. This opinion is shared by three influential representatives of the crypto sector:

At the same time, many investors and long-term coin holders consider bitcoin a suitable saving asset in the current conditions.