Bitcoin (BTC) is the world’s first cryptocurrency which has already been equivalent to digital gold for several years now. It is also the first platform in history to use blockchain technology. For the moment Bitcoin retains its position as the most commonly used cryptocurrency. The capitalisation of the cryptocurrency market is dependent on fluctuations in its exchange rate. It also has an impact on the price of every type of altcoin.

The main characteristics of Bitcoin

Satoshi Nakamoto is considered the creator of Bitcoin. This is the pseudonym used by the person or group of people who developed the Bitcoin protocol and the first software which implemented it. The platform was launched in 2009. This is considered to be the starting point of the development of the cryptocurrency market. Up to this day, the Bitcoin protocol remains the basis for the creation of many alternative cryptocurrencies. The general principles for the operation of the protocol are as follows:

These principles serve as the basis for most cryptocurrencies, since they have been created either following the Bitcoin protocol or something like it with similar key features. 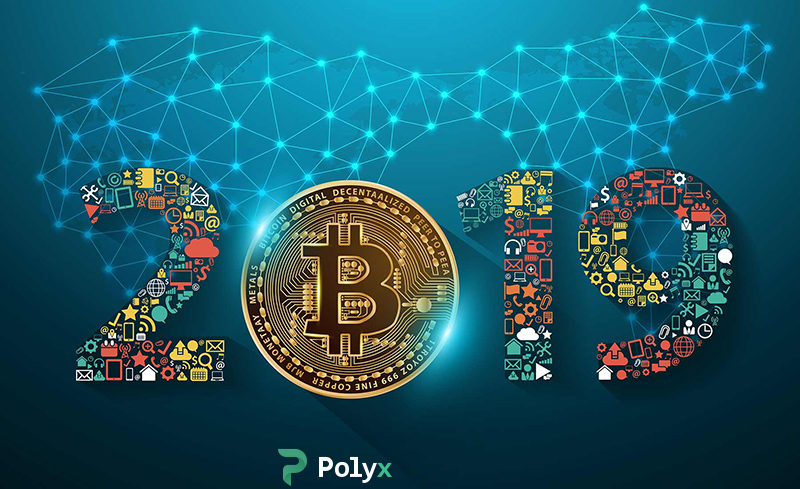 The current state of Bitcoin in cryptocurrency market

Since January 2017, the coin rate has been steadily growing: starting at 800 USD, it reached the figure of 4000 by the autumn. After that, the whole world heard about Bitcoin and became interested in cryptocurrencies, whilst analysts universally predicted its continuous growth. And indeed, by the end of 2017, the price of the main coin reached its peak at $20,000.

But later the market crashed and the price of BTC indeed began to drop. In the first half of 2018, the crypto market was shaken, followed by a lengthy recovery. By the end of the year, it became clear that the market was experiencing a downturn, and Bitcoin reached 3200 USD, its minimum for that year.

Having fluctuated within the region of $3500–4000 for the first three months of 2019, the value of Bitcoin finally increased along with the entire market. There was significant growth in April, and by May the price of BTC already exceeded 7000 USD. This year Bitcoin began to break new records, even surpassing the long-awaited benchmark of 10,000 at the end of June. Having reached a round number, it continued to grow and got to the recorded maximum of — 13,790 USD on 26 June 2019.

Reasons for volatility and prospects for growth

The current cryptocurrency growth rate is very similar to the dynamic in autumn 2017. The growth of the main cryptocurrency causes the rise of altcoin and fork prices.

It is natural that this existing fact raises the following question: what caused such a price hike and is it worth waiting for the next Bitcoin rise? There are several factors that contributed to the current state of the coin:

It has also been said that the rate grows due to the fact that the Chinese investors use bitcoins as a mean for diversification. And while traders and analysts establish the reasons for a sharp change in cryptocurrency exchange rates, big companies continue to implement blockchain technologies into their operations. Experts predict that the BTC exchange rate will keep on growing. It is expected to reach $20,000 again. But other analysts believe that the peak price of the coin will be $10,000. In any case, it is still necessary to monitor the cryptocurrency market situation that directly shapes the formation of the exchange rate.