Early autumn was rather bearish for bitcoin. After demonstrating strong signs of growth in summer, when the price reached 14,000 USD, capitalization of the first cryptocurrency declined. A serious drop occurred on 24 September, when bitcoin slid from 10,000 to 8000 USD in a couple of hours. As usual, this event spread panic among traders and holders. However, a drop often lays the secure foundation for another explosive pump. In this review, we will look into the opinions of experts and analysts and also consider the prerequisites that indicate the growth of bitcoin by the end of 2019. 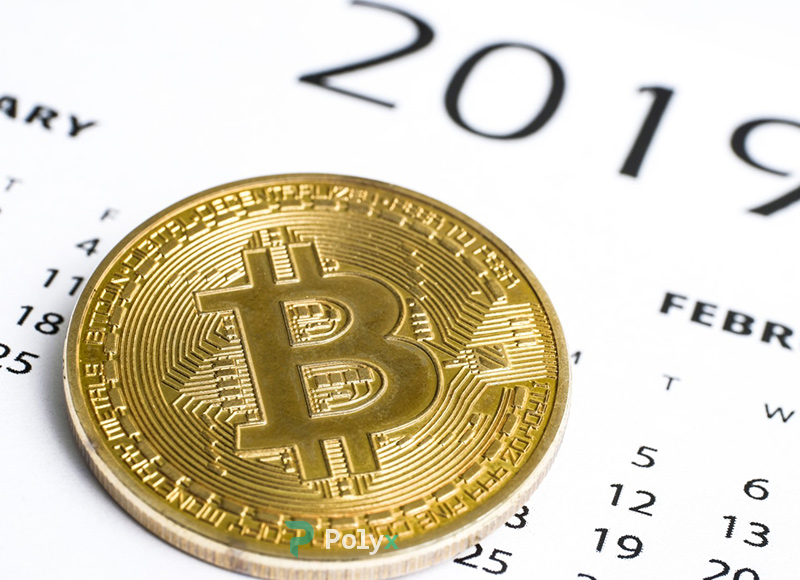 Today, bitcoin is listed in the price range of 7900–8200 USD, and the total capitalization is $144.5 billion. Over the past 4 months, the first cryptocurrency plummeted in the amount of 5000 USD. As early as 26 June, 1 BTC was valued at 13,844 USD on exchanges, but quotes significantly decreased since then. The main reason is a correction, owing to the spring pump.

By August, bitcoin was traded at approximately 10,000 USD. It seemed that the adjusted crypto market was ready for another growth. Reputable traders’ predictions on a breakout of important resistance levels and favourable news boded well for the growth. According to traditional market laws, the forming consolidation should have sent out bitcoin to conquer new heights. However, as often happens, market sentiment does not always align with reality.

On 24 September, the price of BTC plummeted by 2000 USD. Usually, such a fall is considered the norm in the cryptocurrency market. The problem was the breakout of the support level, which is 9000 USD. Bitcoin has not dropped below this mark since 18 June 2019. Naturally, in light of such circumstances, the crypto community experienced a storm of different feelings about the prospects for late 2019.

Brian Kelly, the CEO of BKCM LLC, is concerned with the slowdown in the growth of bitcoin addresses. It indicates a drop in the popularity of cryptocurrencies.

“Bitcoin’s high positions are heavily assured due to old investors, who consider cryptocurrency to be a speculative tool rather than a financial asset. Therefore, the market should be entered with caution,” states Brian Kelly.

Mr Kelly believes that bitcoin is yet to unleash its potential, despite the decline in popularity of cryptocurrencies. The market reversal will be affected by the launch of the Bakkt exchange and its main task to increase the number of users and institutional investors. According to the CEO of BKCM LLC, this exchange will solve the issue of growth decline in bitcoin addresses.

Thomas Lee, the co-founder of Fundstrat Global Advisors, predicts a repeat of Crypto Winter 2017. According to him, in December, the price of BTC will reach 20,000 USD, and the US Federal Reserve will contribute to this.

“In the context of low economic growth rate, the Federal Reserve System is bound to lower the key rates. Following the American regulator, the central banks of the rest of the world go for easing the monetary policy. For example, the European Central Bank rate has already reached negative values. Obviously, traditional methods of earning on interest lose their effectiveness. In such a context, investors will look for other prospective income sources, which include bitcoin,” says Thomas Lee.

In favour of investing in the first cryptocurrency goes the recent statement by the Chair of the Federal Reserve Jerome Powell. He has considered bitcoin a good tool for macro-hedging risks before the upcoming financial crisis.

After the decline on 24 September, cryptocurrency trader Tone Vays said the price of BTC will drop to 4000 USD. However, this does not mean the collapse of bitcoin. Such BTC correction is a good signal for purchase, and profits from subsequent growth may come by the end of the year.

There are 4 reasons that indicate the reversal of the cryptocurrency market and the growth of bitcoin by December this year.

Due to the easing of monetary policy, banks lower interest rates on deposits. Deposit returns are declining, so investors switch to the cryptocurrency market. In the context of the upcoming financial crisis, investing in bitcoin will also allow investors to hedge risks and avoid inflation.

The launch of this exchange has not affected the positive mood of the cryptocurrency market in any way. However, institutional investors are gradually coming. The most significant announcement is the appearance of Microsoft and Starbucks on the exchange. The companies have confirmed their participation in trading.

The appearance of bitcoin on Bakkt is an important step for recognizing the cryptocurrency as a financial asset. For Wall Street companies, BTC implementation seems to be the perfect regulatory tool that global banks have pursued for so long. With the development of such ties, bitcoin listing will be commonplace for traditional exchanges. Trading volumes will grow, and the price of the first cryptocurrency will break new records.

Although the news has ceased to exert serious pressure on the cryptocurrency, they are still an important component in shaping the future price. In the coming months, growth will continue to be hinted at through:

Despite today’s flat and bearish sentiment in the market, bitcoin may drop below current levels. However, by the end of 2019, there is every reason it recovers to summer prices and reaches 20,000 USD.