The number of billionaires experimenting with cryptocurrencies is solidly growing. Some invest millions of dollars in them without advertising it, while others buy a handful of coins and consider it a high-profile event. And some have even received bitcoin as a gift, although, personally, they aren’t fans. 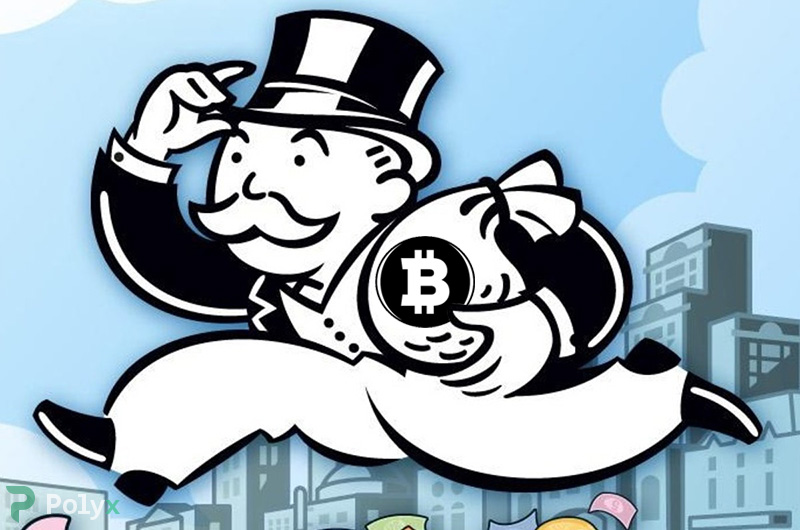 Henry Kravis, co-founder of the investment firm KKR & Co, has become an investor in the ParaFi Capital cryptocurrency fund. Founder and director of the fund, Ben Forman, who used to work at KKR & Co, reported on this in June 2019. Meanwhile, the billionaire and his representatives themselves did not comment on the decision to support the former employee’s company.

When Ben Forman worked with KKR & Co’s clients’ traditional assets, he already realised the extent to which cryptocurrencies can compete with them, and the opportunities that digital assets will provide in the future. But the conservative leadership did not support his idea, although research of the crypto market was part of the analyst’s work. In 2018, Mr Forman quit and opened his own crypto investment company. Bain Capital Ventures and Dragonfly Capital Partners are among the investors of his fund.

The new client of ParaFi Capital is Henry Kravis personally, and not KKR & Co, which is also owned by his cousin, George R. Roberts. From the moment of its founding in 1976, they had a third partner, Jerome Kohlberg, Jr. However, he passed away in 2015 at the age of 90. The remaining partners are now 76 years old, and both are billionaires and philanthropists.

Bill Pulte, who has long been interested in cryptocurrencies, decided to join the ranks of investors at the end of the year. On 12 December, the billionaire made a tweet about his purchase of 11 BTC. Six days later, he announced that he bought more bitcoins when the price dropped to 6600 USD, but he did not specify how many.

Mr Pulte considers the advantage of Bitcoin to lie in the ability to send transfers anywhere, without restrictions or intermediaries. He sees a dignified use for cryptocurrency and plans to use it for philanthropic purposes. His views coincide with those of Twitter creator Jack Dorsey, a close acquaintance.

Bill Pulte is the heir of the PulteGroup construction company, which was founded in 1958 by his grandfather, also named Bill Pulte. Meanwhile, the grandson founded the investment firm Pulte Capital Partners and the demolition company Detroit Blight Authority.

Warren Buffett was given his first BTC

Once a year, legendary investor Warren Buffett holds an auction through the Glide philanthropic foundation. The winner receives the chance to talk with the billionaire over lunch, usually at the Smith & Wollensky steakhouse in Manhattan. Buffett is not paid for the lunch: all proceeds go to charity. As a rule, within 24 hours after the start of the auction, which goes on for a week, offers already reach $1 million.

Justin Sun, founder and CEO of the TRON crypto project, won the 20th annual auction, held in June 2019. He won the lot — a lunch for the price of 4,567,888 USD. The meeting should have taken place on 25 July, but it was put off for a long time due to sickness of Sun’s.

On 23 January, the philanthropic lunch finally took place. However, this time, it took place not at Smith & Wollensky, but at the Happy Hollow Club, a country club in Omaha. Mr Sun brought a mini delegation along with him to celebrate — 4 representatives of the crypto sector:

Justin Sun does not regret the millions he spent on the lunch, which ended with a 515 USD check at the restaurant. He believes that the guidance and advice he received from Buffett were worth their cost. In addition, the founder of TRON gave the billionaire 1 BTC and 1,930,830 TRX as a gift. Mr Sun chose this far-from-round number in correspondence with Buffett’s date of birth, 1930-8-30 (Buffett is nearly 90).

Despite the fact that Warren Buffett criticised all cryptocurrencies in 2018–2019 (and Bitcoin in particular), the meeting took a positive tone. Perhaps the respect shown and the generous gifts will melt the conservative’s heart, and he will change his opinion.